Giuliano Baldessarri was born in Trento in 1977. His hometown is Roncegno Terme, once an important spa resort for the Trento province. Surrounded by hotels and restaurants, it is there that Giuliano’s passion for cooking and for hospitality was born and this lead him to attend the three year course in “Hotel Macrosector” at the Levico Terme training centre. After finishing his studies he learned the ropes between Posta Hotel and Cavallino Bianco Ortisei – Bolzano Miramonti and “Grand Hotel” in Cortina D’Ampezzo, “Ristoranti Villa D’Este Srl” Cernobbio (CO), to then start traveling around the world on cruise ships.

After returning to Italy he works as chef de partie for over two years at Aimo e Nadia’s in Milan, for then moving to France and working for two seasons for Marc Veyrat as demi chef de partie first at the Auberge de L’Eridan in Annecy and then at Mègeve’s “La Ferme de mon Père”. It is precisely in France that Baldessarri meets Massimiliano Alajmo, that will bring him as sous-chef at Le Calandre in 2003. From May of that year and for ten years Baldessarri was the right-hand man of Alajmo, who became his teacher, as well as friend.

Their bond is still strong, although in the Summer 2013 Baldessarri decided to attempt a big adventure and open his own restaurant. Chance brings him to fall in love of an old abandoned building in the centre of Barbarano Vicentino, near the palace of the Canonici. It is there that soon after Aqua Crua, Giuliano Baldessarri’s first restaurant was born. 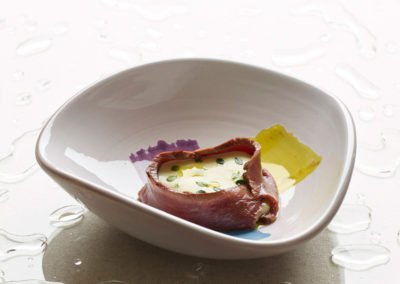 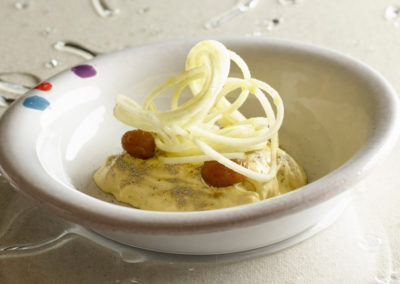 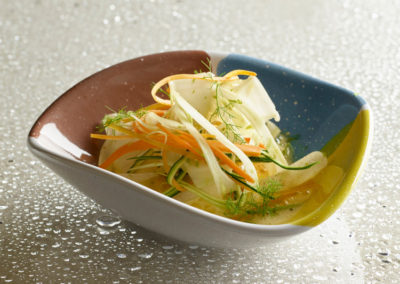 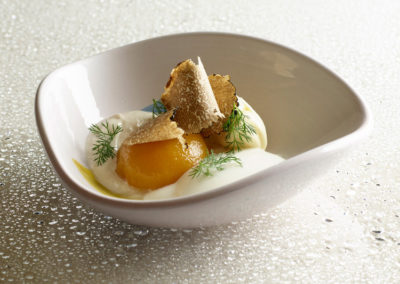 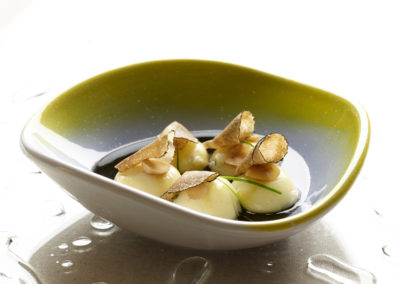 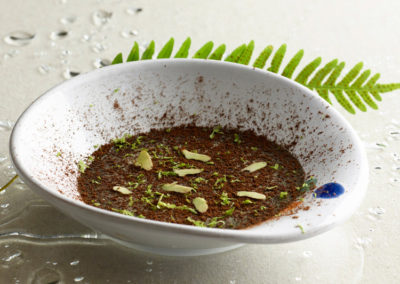